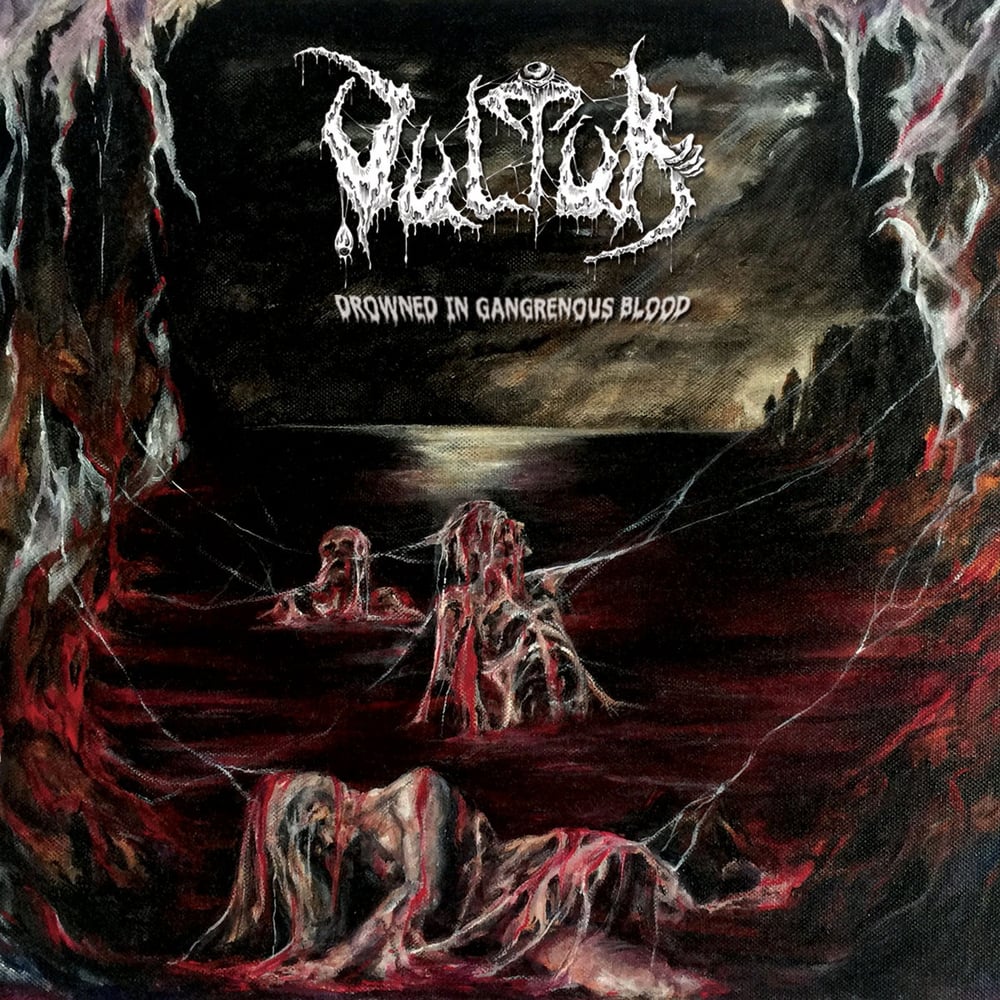 The long-awaited 2nd full-length by this Greek band. Spawned from the sick brain cells of several past and current members of other deadly Hellenic entities such as Ectoplasma and Resurgency back in 2013, Vultur have been exhibiting an unquenchable thirst for sanguine Death Metal fluids ever since, revealed in all its putrid and vicious glory both in their "Vulture's Beak" demo (2016) and their "Entangled in the Webs of Fear" debut full-length (2018).

Theirs is a timeless ilk of bludgeoning Death Metal that's stuffed with assorted tempos that go from relentless eruptions of savagery, to torturous and doomed-out passages replete with morbid harmonies, and through mid-paced onslaughts of sheer heaviness, influenced by the likes of Morbid Angel, Gorguts, Monstrosity, Immolation, Brutality, Suffocation, Morpheus Descends and Incantation.

Salaciously titled "Drowned in Gangrenous Blood", Vultur's sophomore strike sees them sticking to that crushing course, and indeed drowning the hapless listener in gangrenous blood! No compromise, no quarter, no progression: "Drowned in Gangrenous Blood" is 100% undiluted Death Metal spawned from the most righteous of eras, the very beginning of the 90's. Even down to its bassy, shit-thick production -courtesy of Haris Vougiantzis, of Embrace Of Thorns fame, who also handles the mixing & mastering here- Vultur's 2nd album reeks of totally thorough authenticity. Its songwriting is creepy, lurking and most definitely sick, spewed by diseased minds who live for this.

And it's also further proof that Greece's Death Metal underground is criminally unsung, but soon shall devour unbelievers... And what better way to garnish utter sickness than the literally viscous cover art courtesy of Gargoylekelly? Vultur have wasted no time in eclipsing their cult debut album. Drink up!