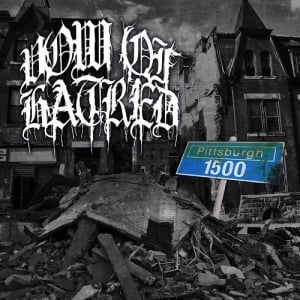 Established 2008 in Pittsburgh, VOW OF HATRED became one of the key leaders of the second wave Beatdown generation during the past decade. After several demo releases, a full-length and a Split-CD the Steel City Goon Squad finally found a new home under FWH Records. Their newest full-length entitled "1500" marks the next heavy step in the band´s career, bringing back the facebreaking Pittsburgh Beatdown sound with massive breakdowns perfectly fitting for people who like beating up their friends. For fans of NO RETREAT, ENEMY MIND, SHATTERED REALM and LINE OF SCRIMMAGE.