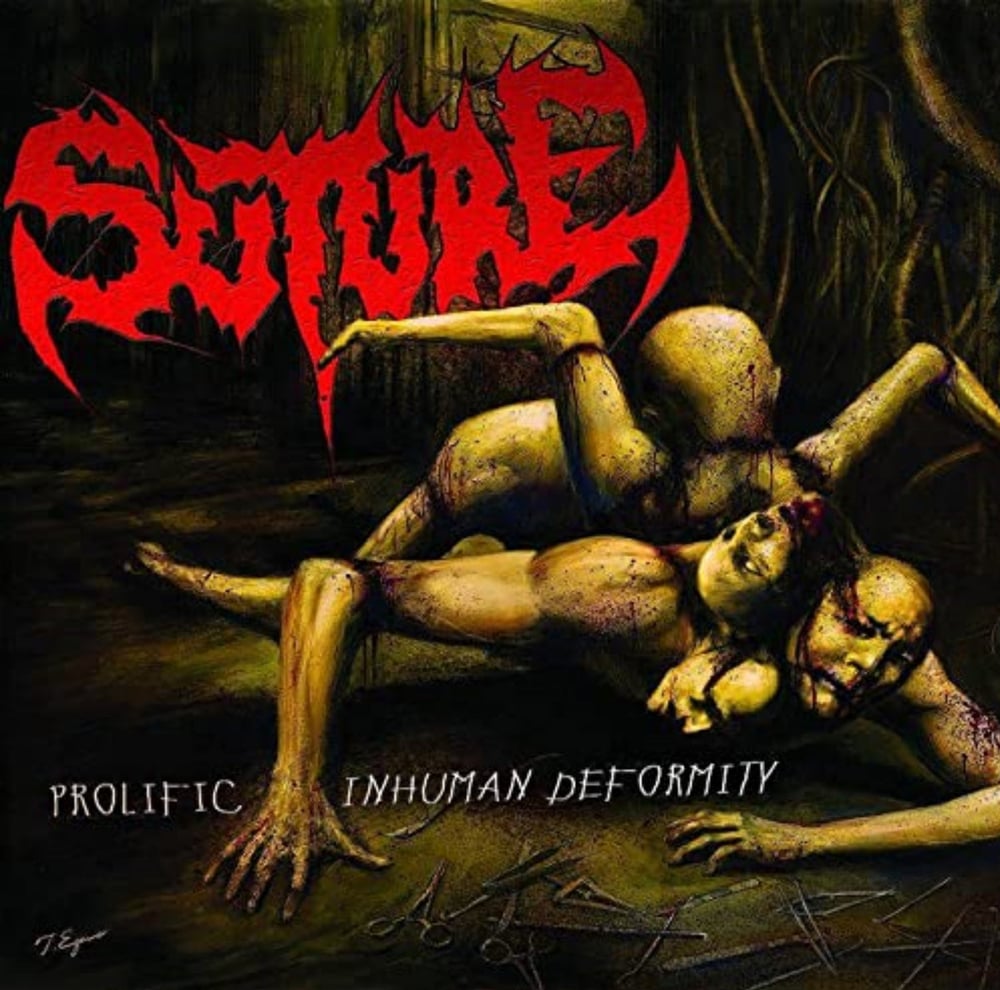 "Prolific Inhuman Deformity" presents for the first time a collection of unreleased or hard to find tracks recorded by Suture circa 2002 with drummer Eric Park of Devourment.

These songs from this brief chapter of the band's history had remained dormant or locked away for over ten years, until now, heard by very few individuals outside of the band. Carefully going through and choosing the best available surviving copies of each song, these tracks have been restored and re-mastered exclusively for this ultra-limited edition EP.

Horror Be Thy Name and Prolific Inhuman Deformity initially appeared on the now out-of-print split CD "The Sick, The Dead, The Rotten", released by The Spew Records in 2003. Mortuary Psalm is a track from this same recording session, never before released. Both Masticated and Abbatoir are rough mixes from different pre-production recordings made between 2002 and 2003 to showcase the band's earlier material with their newer lineup.

These songs are the only surviving or completed tracks from their respective sessions. Crushing Brutal Death Metal, A MUST HAVE!!!!