Severed Limbs - In Each Scenario You Die CD 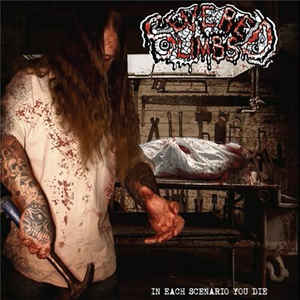 Severed Limbs started out in 1998, after a Paganizer rehearsal. The need to play some ugly death metal with the feeling of the American scene while having some beers was too strong. Within a week a five track rehearsal was recorded but due to stuff no one can now remember the project was forgotten and nothing else came of it. In 2004 the idea was resurrected, and with a new lineup a promo was recorded, wich is also placed as extra material on this new album. Again the project was put on ice, until 2013 when a full album was recorded. Expect death metal in the vein of both the American and Swedish scene. Its brutal yet groovy, heavy and utterly and obscenely ugly. A killer mix and master done by Swedends Ronnie Björnström at EAP Productions will ensure your listening is a fucken pleasure. A MUST HAVE!!!!