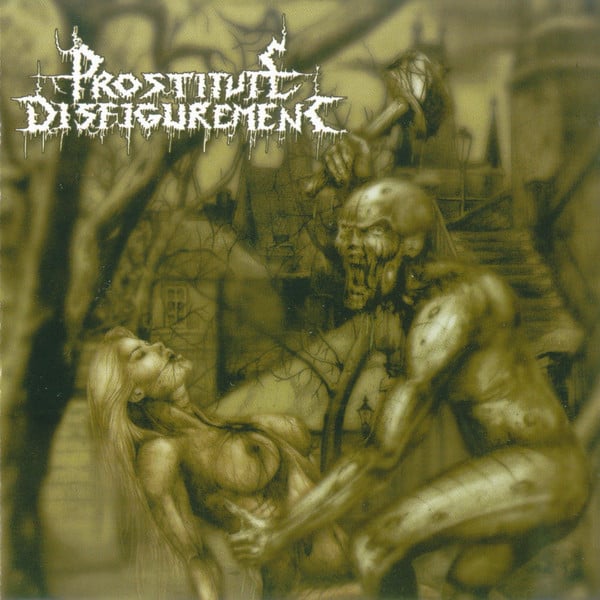 Prostitute Disfigurement started out as a 3-piece near the end of 2000, under the name of Disfigure. They were joined by Roel van Kruysdijk on guitars, just before making their demo recordings. Following their second live show, the band was offered a record deal with Dutch-based Dismemberment Records, after which they released their debut album, Embalmed Madness, now under the name of Prostitute Disfigurement in 2001.

Both the debut album and the demo were recorded using a drum computer. Embalmed Madness was released during October 2001, in a limited quantity of 500 copies, which sold out in a few weeks. Quickly, 500 more were pressed and were again sold out quickly. The album got raving reviews in media such as Aardschok (Netherlands) and Legacy (Germany) and was re-released in 2004 through Unmatched Brutality Records.

More gigs made a live drummer mandatory, so local guy Tim Bazen joined. After Tim was enlisted, the band started to work on their second album, entitled Deeds of Derangement. It was recorded in early February 2003 and was released on the German-based Morbid records in August 2003.