Pighead - Until All Flesh Decays CD 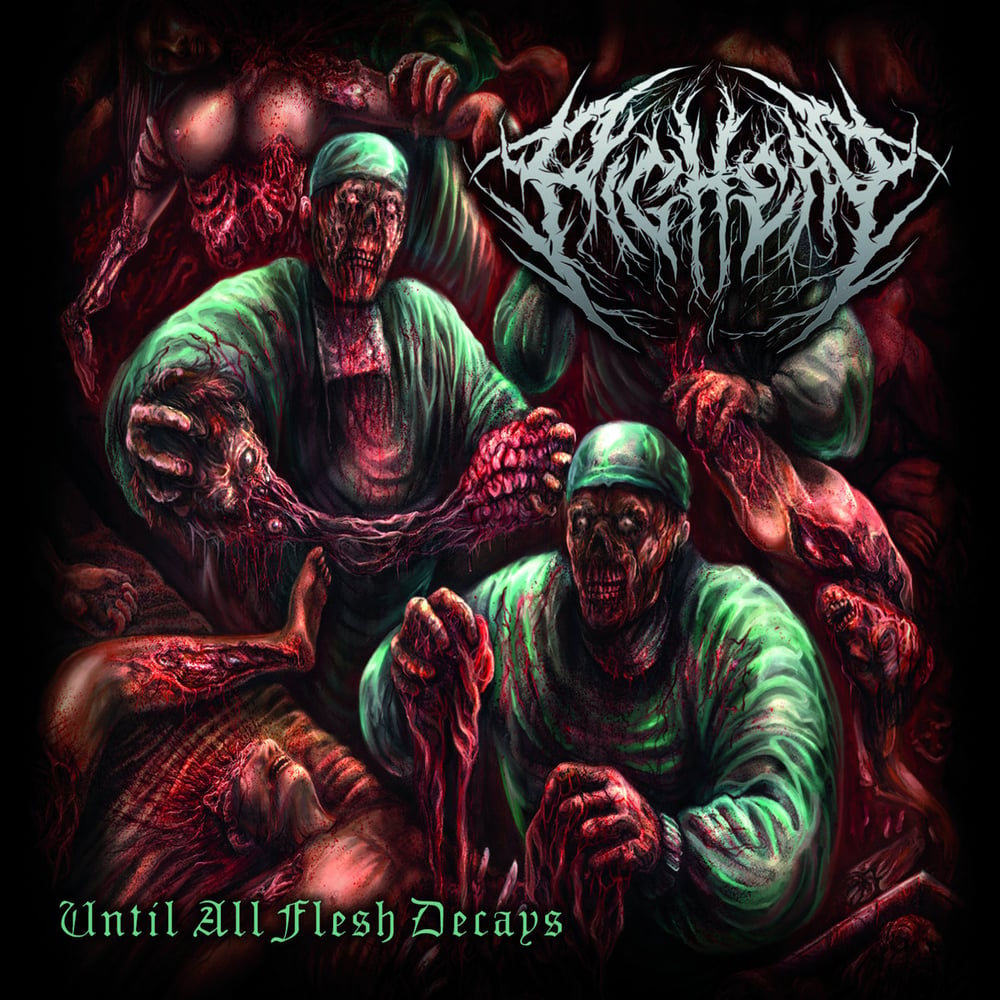 PIGHEAD is brutal death metal made in Germany – powerful, blood, technical. As one of Rising Nemesis Records´most acclaimed, the four-man squad impressively blasts, shreds, grinds and slams its way into listeners´ brins and torsos.. Denny (guitars, founder), Conor (drums), Clemens (bass) and Phil (vocals) are experienced, sick serenaders playing minor to major stages in Europe, Russia and the US. Once the mic is plugged in, the drums are set and the guitars hum, they are prepared to unleash an avalanche of immense energy onto the crowd. Since 2007, Pighead leave their fans brutally battered and in grave awe - and there shall be many more fierce years to come.