Necrotted - Die For Something Worthwile CDEP 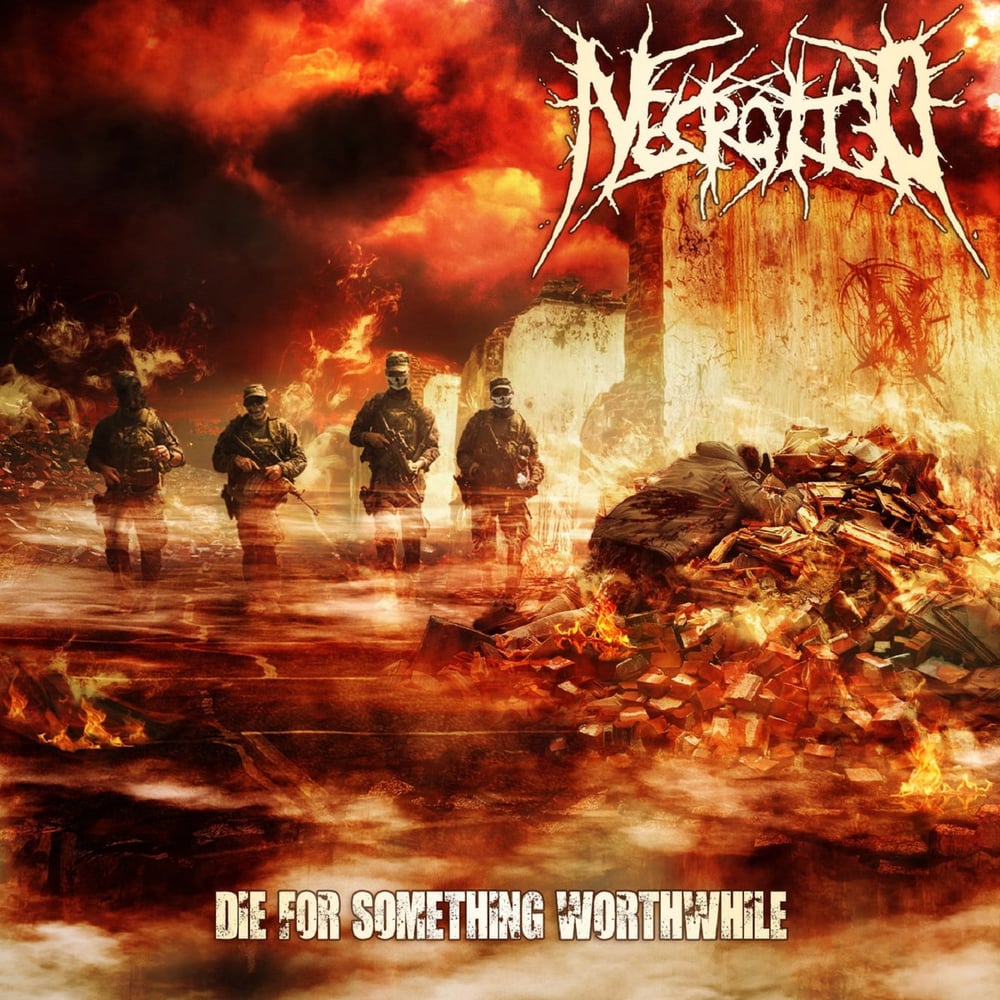 Formed in 2008 in Abtsgmünd, Baden-Württemberg, Germany, Necrotted released their initial EP in 2010 which was followed by 3 full length albums, the most recent of which was the 2017 release Worldwide Warfare.

Die For Something Worthwhile precedes the Prayer For Annihilation Tour in Europe with Cytotoxin, I Declare War and Acranius and these new tracks will provide the opportunity for fans to experience some new brutality throughout the set list.

The EP clocks in at 4 tracks spanning 14 minutes, however there isn’t a second wasted as the brutality starts immediately with the title track as the guitars chop across the wavelength and the extreme dual vocal takes to the fore, as Necrotted begin to slap perfectly and you begin to stomp along. Matched with brutal breakdowns and blistering blast beats, this certainly wakes up the brain.