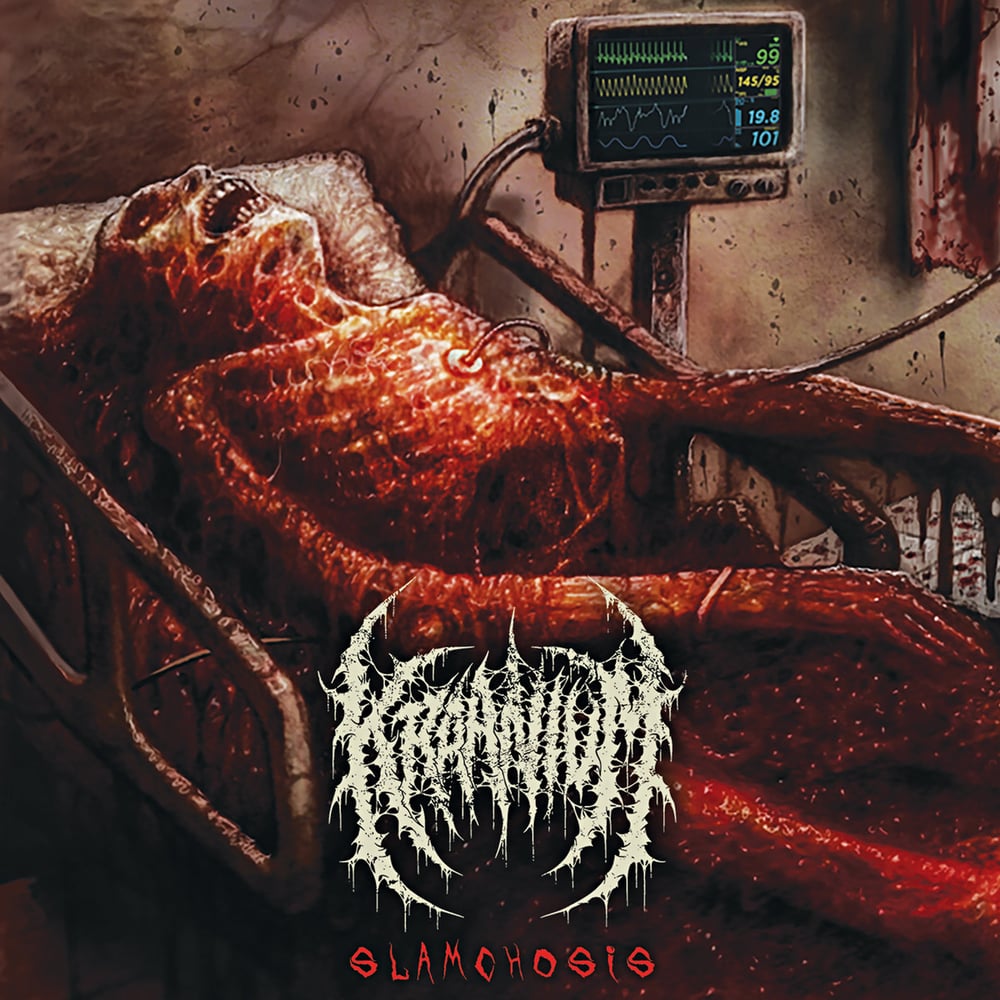 'Slamchosis' features ten tracks of bludgeoning brutality that take everything to the next level of sickness. Featuring vocals that dredge the sewers of disease with their utter inhumanity, riffs that will crack foundations and disturb the long dead, this album sees Kraanium hitting new peaks of precision delivery at the same time as they unearth new depths of horror.

Over the last two decades they have shocked, outraged and entertained as they cracked skulls and shattered spines in the pit. 'Slamchosis' goes one step further than Kraanium have ever gone before; one step further beyond the boundaries of good taste, one step further on the Richter scale with their earthshaking heaviness.