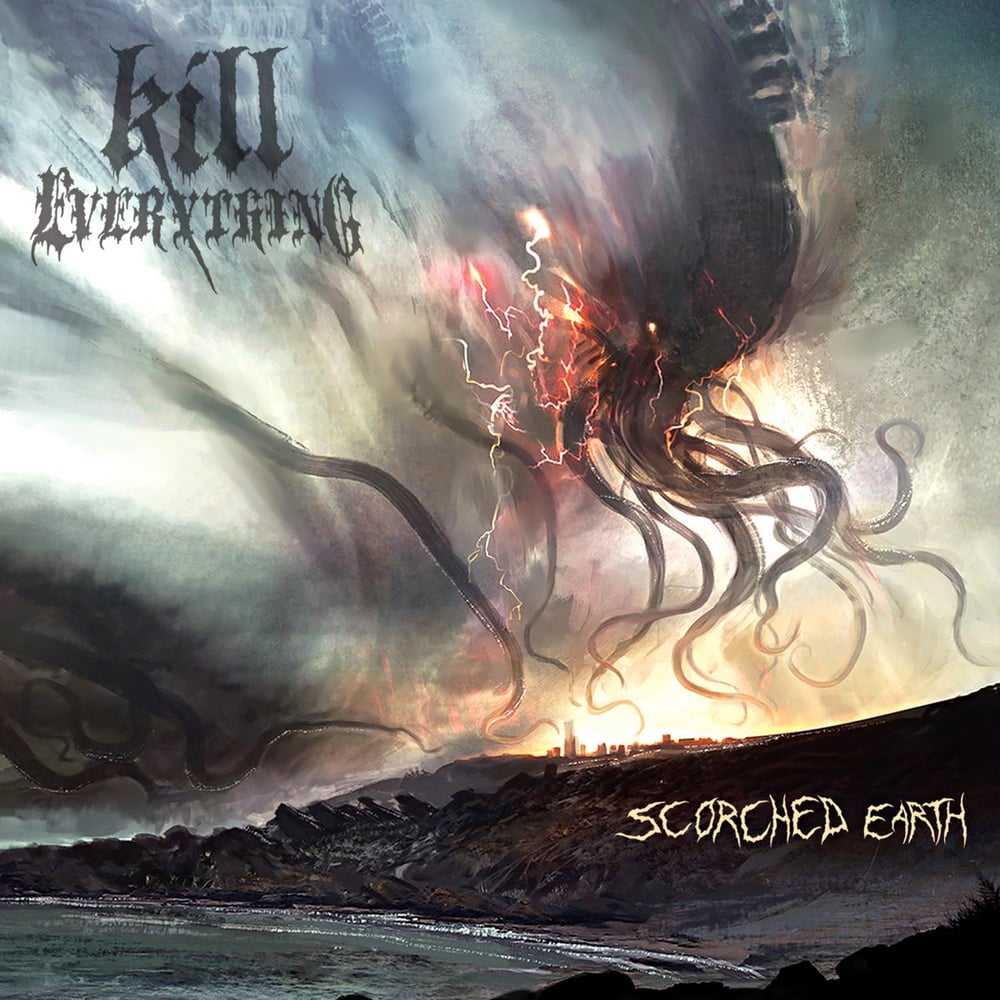 There is a soundtrack to the thoughts of men that exist solely to destroy. It is the distillation into sound of the total absence of light, hope and life and gives voice to the essence of bleak, nihilistic hatred. It will disgust you with its unmitigated brutality, it will unnerve you with its utter lack of human emotion and it will offer you nothing but death... that bludgeoning, battering soundtrack comes in the form of the debut album by Kill Everything, entitled ‘Scorched Earth’.

Featuring two founding members of Devourment, this is the aural equivalent of being buried alive in a plague pit – suffocating, claustrophobic, rancid with the stench of death, enveloping horror at every turn. There have been whispers in the depths of the underground about this release for some time now, the devoted followers of the heaviest, darkest death metal waiting impatiently to test themselves against its harsh horrors, eager to experience a new level of barbaric butchery. Well now it’s here and as the saying goes, be careful what you wish for...