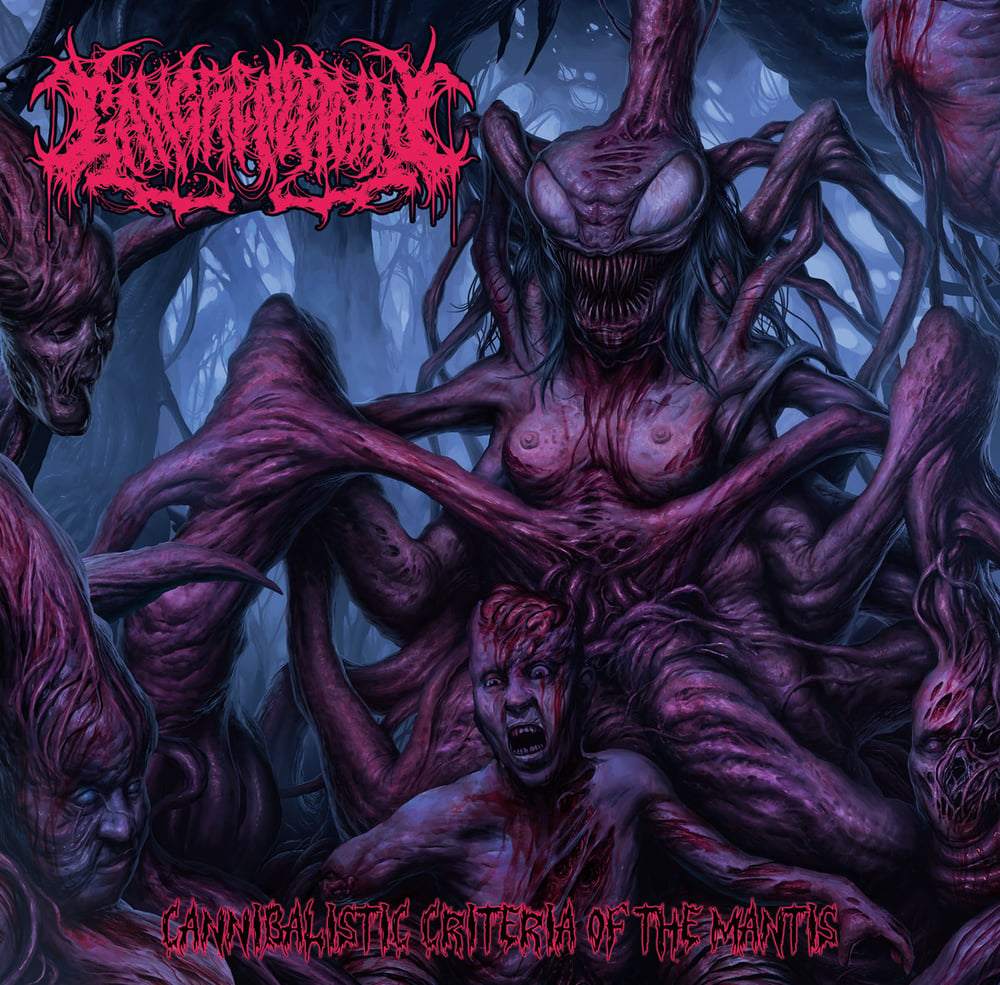 Gangrenectomy’s Italian rotten sickness come back with some more head-bashing ridiculously brutal shit to blast your ears and annihilate once again any form of decency and sanity.

“Cannibalistic Criteria of the Mantis” and “Rotting in Absolute Hatred” is the new combo release of the band, consisting respectively of a full-length album and of a EP both to be released in 2020. These new jewels of ruthless splatter and inhuman psychosis are a turning point for the band in so that this time, an additional (Amputated) Vein of fast schizophrenic frenzy is added to the rotting sound cauldron of the band.