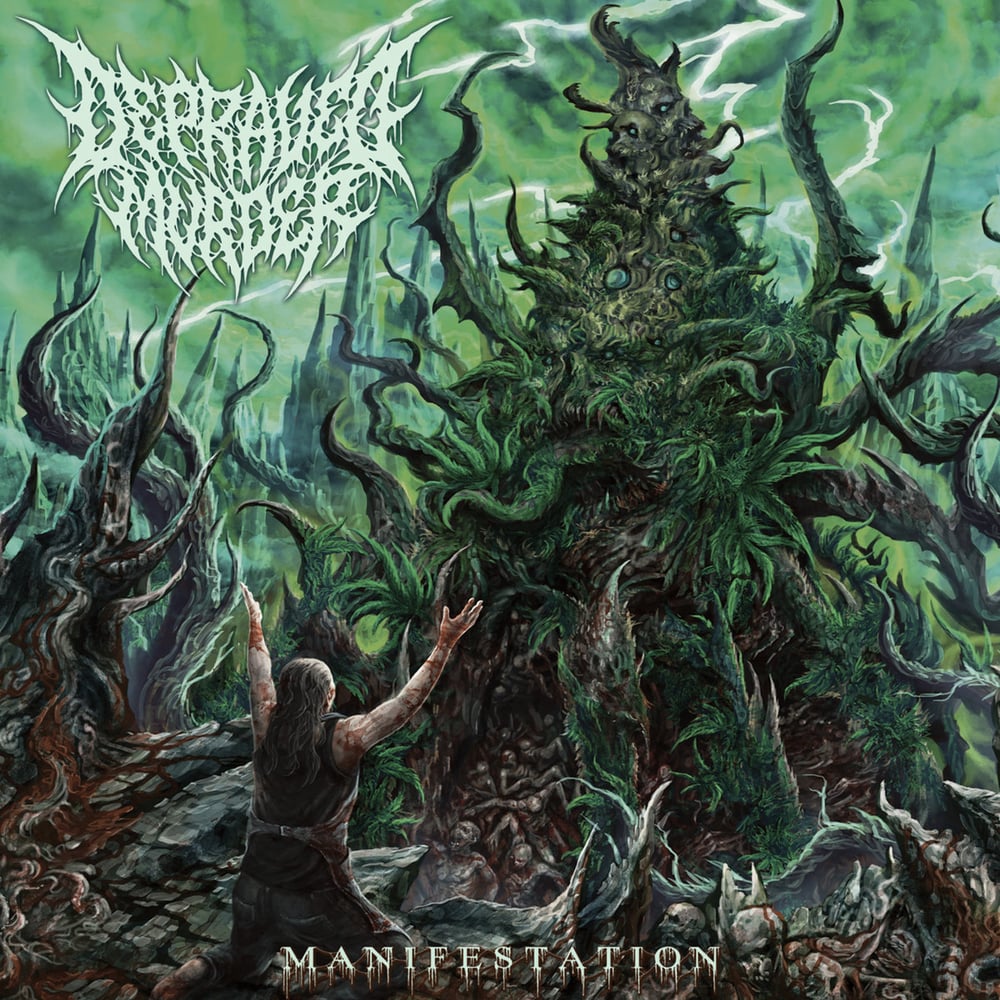 The wait is over, Depraved Murder have returned and a new monument to nightmares is ready to be revealed!

'Manifestation' features nine hymns to horror, nine sacrifices to be laid at the feet of the death gods. With this album Depraved Murder have crossed new boundaries and gone to new extremes that's utterly relentless. There is no hiding place, no moment's peace or respite from the onslaught. The riffs hack and dismember, the drums raining down incessant blows to the skull while the hate-filled vocals spit out a litany of dark desires and sickening promises of pain.

Depraved Murder are unstoppable. Be aware, be awake... the next victim on the sacrificial altar could be you.