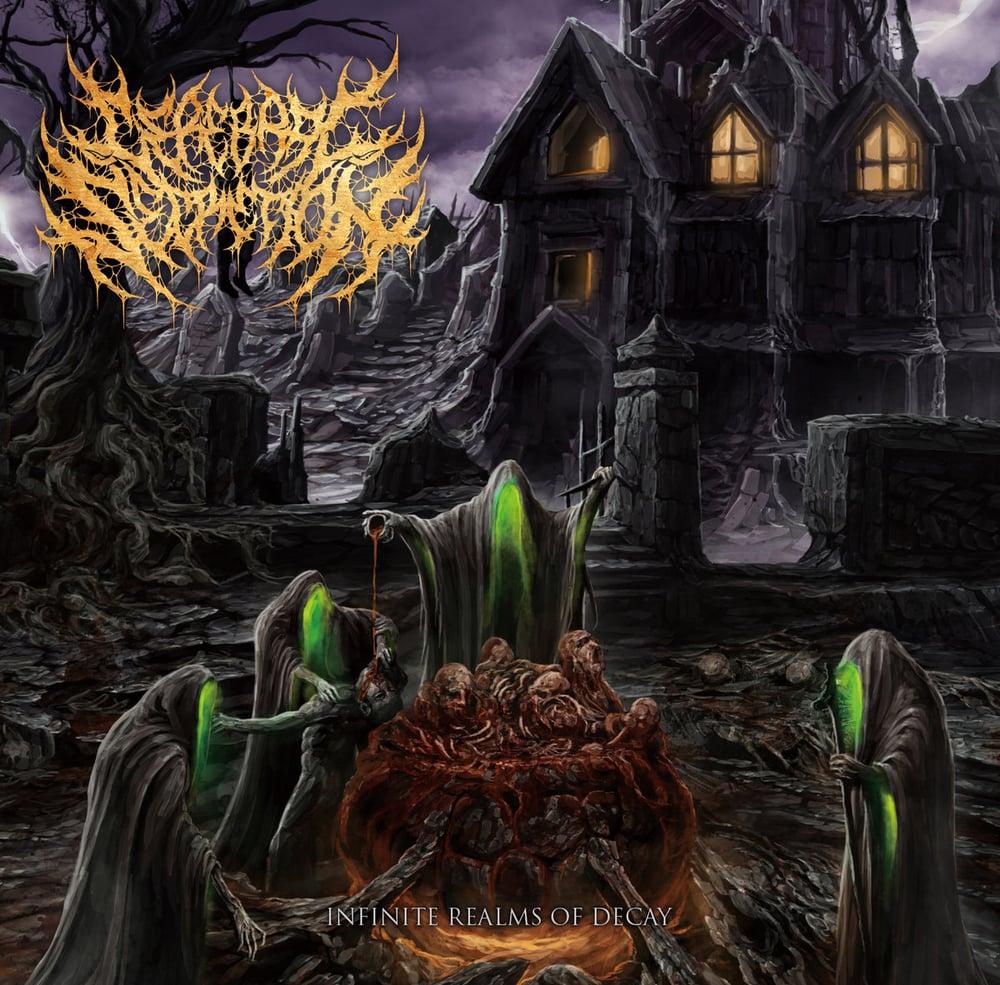 Cerebral Secretion is a slamming deathcore band hailing from Brisbane, Australia. The band consists of members from Internal Devour, Splatterpuss and Before The Harvest. Infinite Realms of Decay is the debut album from the band and is much anticipated by the bands ever-growing fan base. The band released a 2 track demo back in 2014 and ever since fans have been waiting for the full length. The wait is almost over… After releasing the first single of the album ‘Pillars of Suffering’ a lot of attention has been coming the bands way and we can’t wait to show you more! The album features 12 tracks, over 30 minutes of devastating riffs, technical drumming, punishing slams and disgusting guttural belches mixed with piercing high screams and violent yells. The 2 demo songs from 2014 also feature on the album.