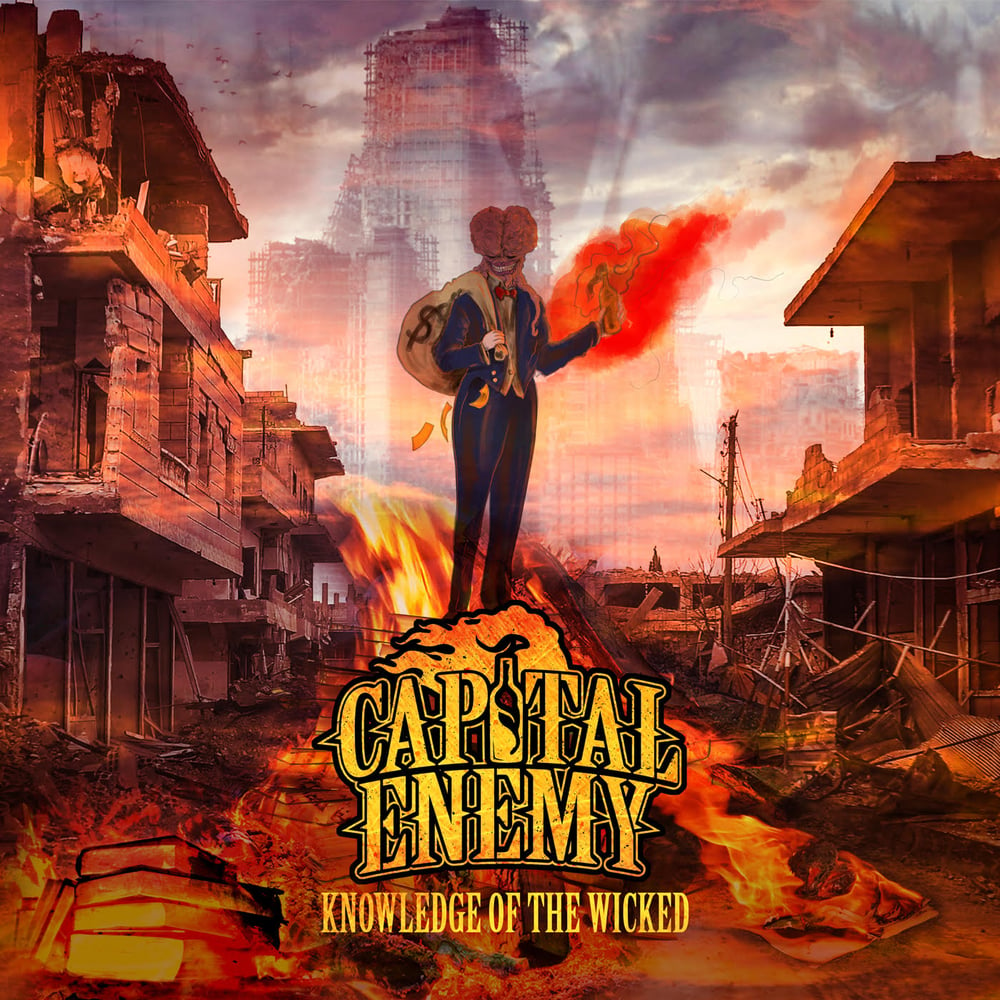 “Knowledge Of The Wicked" is the debut full length album by Melbourne's metal / hardcore outfit CAPITAL ENEMY. After releasing their first EP back in March 2016 also on 1054 Records the band has had a few key personnel changes with original guitarist Jason (also of CROWNED KINGS) step up to take on the vocal duties after the departure of original singer Bones (also of SOUTHPAW). They have since added Will on guitar to complete he current 5 piece lineup.

Since 2014, Melbourne's Capital Enemy have only one goal in mind. To create powerful, driving music that speaks to the frustrated, forgotten and the downtrodden. Combining elements of Thrash, Hardcore, Metalcore and Groove Metal, the band have spent several years honing their craft. Including members of Australia’s own, Crowned Kings, Beneath The Rising Tide and beat down sledgehammers, Decimate. Capital Enemy have an experienced team and are driven to do whatever it takes to achieve their potential and have some fun doing it.

After 2 years of writing, self-improvement and perseverance, the band are on the cusp of releasing their 10 track debut LP Knowledge Of The Wicked. The band entered the studio in the early days of November 2017 with Beau Mckee and Kris
Samos of Beau Mckee Recordings to bring this project to life. Knowledge Of The Wicked is a half hour expression of gritty, downbeat Metalcore, frustration and discontent. With a refusal to adhere to a single genre or label, this album
was designed to bring together fans of heavy music the world over and to create live shows where Old School Metalheads can circle pit with Hardcore Kids. From the heavy grooves to the dark melodies, this record will remind listeners through the passion of the lyrics that despite the harsh realities of the world today, their resentment is not just their own.

With Mark Hunter of Cleveland’s Chimaira, Makka from Crowned Kings and Earth Caller’s Josh Collard uniting their voices with the band, Capital Enemy have created something unique, yet familiar that you do not want to miss !!!